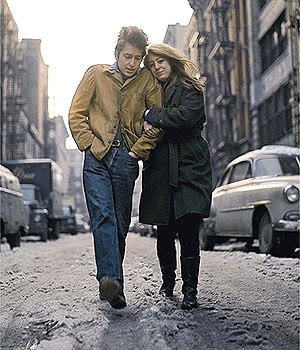 Don Hunstein died at home on Saturday morning, March 18, aged 88, after a long illness .
New York Times Obituary: Don Hunstein, Who Photographed Great Musicians, Dies at 88
Lebrecht Music&Arts have put out an obituary.
“I have photographed the famous and the not so famous: business execs and athletes and especially musicians – jazz, classical and pop. The resulting pictures have appeared on over 200 LP and CD covers and on promotional flyers and press kits, in magazines and company reports and advertising.”
--Don Hunstein
Don Hunstein’s iconic photographs have become symbols of an era. In the history of music photography, Don’s work during his 30 years at Columbia records is unsurpassed in its scope and breadth. Through his subtle humor and quiet nature, he was able to record many great moments in music history. He photographed the famous and the not so famous. Hundreds of album covers and behind the scenes work. His photographs documented a rare time when musicians spent time on their art, rather than their publicity.
Don Hunstein grew up in St. Louis, MO and attended Washington University, graduating in 1950 with a degree in English. After college he enlisted in the US Air Force and was stationed in Fairford, England, and assigned a desk job. It was this assignment that allowed him to travel around Europe. He began photographing casually, taking pictures to send home to his family, and then with the help of a Leica M3 purchased in the PX, and inspired by a book of renowned street photographer Henri Cartier Bresson’s work, his hobby began to take him on a lifelong path. After a year in Fairford, Don was transferred to a base outside of London.  There he joined a local camera club and took evening classes at London’s Central School of Art and Design, becoming influenced by the artists and designers whom he met there.
He returned to the States in 1954, ending up in New York City, where he eventually landed an apprenticeship in a commercial photography studio. There he honed his photography skills by mastering large format cameras and lighting.  At the time, photography was, as Don put it: “ not a glamorous profession,” but he didn’t have a pull in any other vocational direction and it satisfied his creative side. As chance connections were made, he soon met and became mentored by Deborah Ishlon, who worked in the publicity department at Columbia Records. She offered him a job helping her run the photo library there and supplying prints to the press. As he began to take his own photos for the company, they recognized his talent, and he gradually worked his way into the position of Director of Photography for CBS Records
Don’s most notable role was as chief staff photographer for Columbia Records during its heyday in the realms of rock and roll, jazz and classical music. Fortunately for Don, this was a time when the company was under the direction of Goddard Lieberson, who thought it important to document in photographs the cultural history of the music of their time. So he had the opportunity to do far more than album covers and publicity shots, covering their recording sessions and even visiting them on their home turf.   Don had the ability to listen with his camera. Instinctively he understood that to capture artists at their best moments, patience, trust and humility were needed.  This ability to set both new comers and experienced stars at ease in his presence is evident in his photographs, which captured the intimate personal moments as well as the quintessential portraits.
Don’s access to a broad range of musicians, in a wide variety of musical styles, was unparalleled in the photographic world. Over the course of his career at CBS, he shot hundreds of album covers and documented the recording of many of the great albums in music history.
We were tremendously fortunate to have known Don for many years, and send our condolences to DeeAnn and  his family