"In a digital world, the pre-eminence of Vietnam-era photography is unlikely ever to be duplicated" 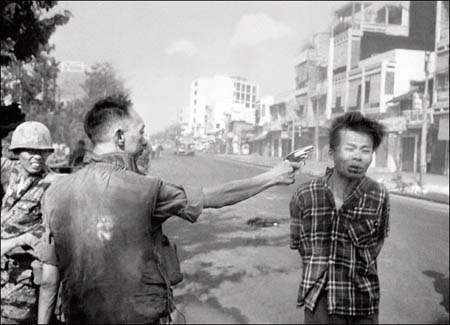 Via The New York Times:


"Perhaps even more viscerally even than on television, America’s most wrenching war in our time hit home in photographs, including these three searing prize-winning images from The Associated Press newsmen Malcolm W. Browne, Eddie Adams and Nick Ut. They are the subject of retrospectives now, in a new book and accompanying exhibitions.

No single news source did more to document the bitter and costly struggle against North Vietnamese Communist regulars and Vietcong insurgents, and to turn the home front against the war, than The A.P."  Full article here.