Steve Schapiro discovered photography at the age of nine at summer camp. Excited by the camera’s potential, Schapiro spent the next decades prowling the streets of his native New York City trying to emulate the work of French photographer Henri Cartier Bresson, whom he greatly admired. His first formal education in photography came when he studied under the photojournalist W. Eugene Smith. Smith’s influence on Schapiro was far-reaching. He taught him the technical skills he needed to succeed as a photographer but also informed his personal outlook and worldview. Schapiro’s lifelong interest in social documentary and his consistently empathetic portrayal of his subjects is an outgrowth of his days spent with Smith and the development of a concerned humanistic approach to photography.

Beginning in 1961, Schapiro worked as a freelance photojournalist. His photographs appeared internationally in the pages and on the covers of magazines, including Life, Look, Time, Newsweek, Rolling Stone, Vanity Fair, Sports Illustrated, People and Paris Match. During the decade of the 1960s in America, called the “golden age in photojournalism,” Schapiro produced photo-essays on subjects as varied as narcotics addition, Easter in Harlem, the Apollo Theater, Haight-Ashbury, political protest, the presidential campaign of Robert Kennedy, poodles and presidents. A particularly poignant story about the lives of migrant workers in Arkansas, produced in 1961 for Jubilee and picked up by the New York Times Magazine, both informed readers about the migrant workers’ difficult living conditions and brought about tangible change—the installation of electricity in their camps. 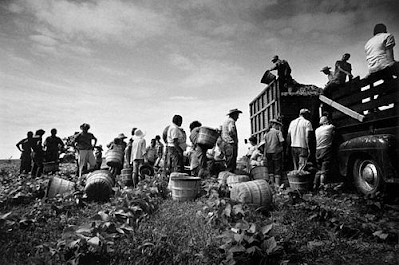 An activist as well as documentarian, Schapiro covered many stories related to the Civil Rights movement, including the March on Washington for Jobs and Freedom, the push for voter registration and the Selma to Montgomery march. Called by Life to Memphis after Martin Luther King Jr.'s assassination, Schapiro produced some of the most iconic images of that tragic event. 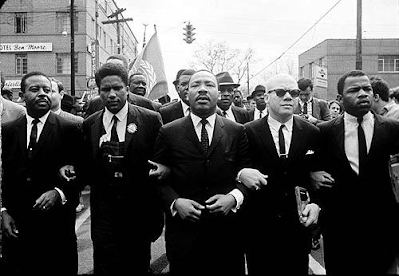 In the 1970s, as picture magazines like Look folded, Schapiro shifted attention to film. With major motion picture companies as his clients, Schapiro produced advertising materials, publicity stills, and posters for films as varied as The Godfather, The Way We Were, Taxi Driver, Midnight Cowboy, Rambo, Risky Business, and Billy Madison. He also collaborated on projects with musicians, such as Barbra Streisand and David Bowie, for record covers and related art.

Schapiro’s photographs have been widely reproduced in magazines and books related to American cultural history from the 1960s forward, civil rights, and motion picture film. Monographs of Schapiro’s work include American Edge (2000); a book about the spirit of the turbulent decade of the 1960s in America, and Schapiro’s Heroes (2007), which offers long intimate profiles of ten iconic figures: Muhammad Ali, Andy Warhol, Martin Luther King Jr., Robert Kennedy, Ray Charles, Jacqueline Kennedy Onassis, James Baldwin, Samuel Beckett, Barbra Streisand and Truman Capote. Schapiro’s Heroes was the winner of an Art Directors Club Cube Award. Taschen released The Godfather Family Album: Photographs by Steve Schapiro in 2008, followed by Taxi Driver (2010), both initially in signed limited editions. This was followed by Then And Now (2012), Bliss about the changing hippie generation (2015), BOWIE (2016),

Misericordia (2016) an amazing facility for people with developmental problems, and in 2017 books about Muhammad Ali and Taschen’s Lucie award-winning The Fire Next Time with James Baldwin’s text and Schapiro’s Civil Rights photos from 1963 to 1968. At the time of his death, Schapiro was working on a book of his photographs of Andy Warhol (Taschen) and a book pairing his photographs alongside his son Theophilus’s photography.

Since the Metropolitan Museum of Art’s seminal 1969 exhibition, Harlem on my Mind, which included a number of his images, Schapiro’s photographs have appeared in museum and gallery exhibitions world-wide. The High Museum of Art’s Road to Freedom, which traveled widely in the United States, includes numerous of his photographs from the civil rights movement and Martin Luther King Jr. Recent one-man shows have been mounted in Los Angeles, London, Santa Fe, Amsterdam, Paris. And Berlin. Steve has had large museum retrospective exhibitions in the United States, Spain, Russia, and Germany.

Schapiro continued to work in a documentary vein. His recent series of photographs have been about India, music festivals, the Christian social activist Shane Claiborne, and Black Lives Matter.

In 2017, Schapiro won the Lucie Award for Achievement in Photojournalism. Schapiro’s work is represented in many private and public collections, including the Smithsonian Museum, the High Museum of Art, the New York Metropolitan Museum, and the Getty Museum.

Steve is survived by his wife Maura Smith, his sons Theophilus Donoghue and Adam Schapiro, and his daughters Elle Harvey and Taylor Schapiro.