The World Press Photo Foundation presents a selection of stories, awarded in the annual World Press Photo Contest from 2000 to 2021, that highlight the resilience and challenges of women, girls and communities around the world.

Gender equality and justice are fundamental human rights critical in supporting cohesive societies. Yet women around the world face deeply entrenched inequality and remain underrepresented in political and economic roles. Worldwide in 2021, women represented just 26.1% of some 35,500 parliament seats, only 22.6% of over 3,400 ministers, and 27% of all managerial positions. Violence against women prevails as a serious global health and protection issue. An estimated one in three women will experience physical or sexual abuse in her lifetime.

This joint exhibition conveys the commitment of the Netherlands to women’s rights and gender equality and justice. Multiple voices, documented by 17 photographers of 13 different nationalities, offer insights into issues including sexism, gender-based violence, reproductive rights, and access to equal opportunities. The selection of stories explores how women and gender issues have evolved in the 21st century and how photojournalism has developed in the ways of portraying them. 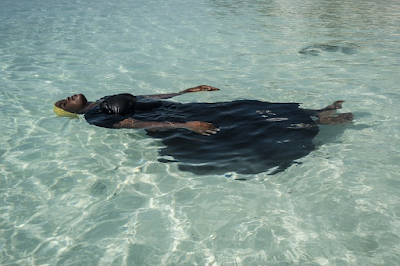 A young woman learns to float, in the Indian Ocean, off Nungwi, Zanzibar, on 24 November 2016. Credit/©: Anna Boyiazis.

Finding Freedom in the Water shares the story of students from the Kijini Primary School who learn to swim and perform rescues, in the Indian Ocean, off of Muyuni Beach, Zanzibar. Traditionally, girls in the Zanzibar Archipelago have been discouraged from learning how to swim, largely due to the absence of modest swimwear. The Panje Project teaches local women and girls swimming skills in an effort to reduce high rates of drowning.

This story awarded in the 2018 World Press Photo Contest can be considered an example of photojournalism with a solutions approach. Rather than focusing only on problems, solutions journalism reports on how people are trying to deal with difficult social issues and what we can learn from their efforts. The series looks at how teaching women a vital skill like swimming can be an important step towards emancipation and gender justice.

'Resilience: stories of women inspiring change’ is on display in: