Steve Shapiro: Sixties icons depicting a time of change in the United States 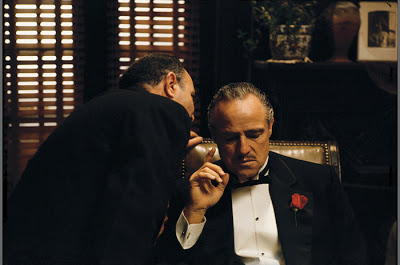 Steve Schapiro: The Whisper I, Marlon Brando in "The Godfather"

The American photographer Steve Schapiro was present during the political and cultural changes in the US in the 1960s. As a young photojournalist, Schapiro received commissions for Life magazine, which, among other things, included following Martin Luther King until the day he was murdered. Schapiro played Monopoly with the then unknown boxer Muhammad Ali and hung out with Andy Warhol and the Velvet Underground in The Factory in Manhattan. At the time, Schapiro had no inkling that his photographs depicted people who were to become some of the icons of the Sixties. In his unique images, Schapiro captured the character and charisma of his subjects. He calls his series of photographs of the icons of the Sixties Heroes, a photojournalistic term denoting the picture chosen by a picture editor for a cover of a magazine. In the exhibition, the Sixties icons are presented side by side, depicting a time of change in the United States.

Steve Schapiro’s perhaps best known pictorial series include his unique stills from the classic movies The Godfather (1972) and Taxi Driver (1976). In the 1970s, Schapiro was hired to take exclusive photographs during the filming of Francis Ford Coppola’s and Martin Scorsese’s archetypal movies. As a still photographer, Schapiro depicted the shoots from unique angles and his photographs portray the drama, the scenes and the actors, all at the same time. The photographs capture and freeze classic film scenes, such as the whisper into Marlon Brando’s ear, the kiss with Al Pacino, Robert De Niro, gun in hand, talking to his reflection in the mirror, and a young Jodie Foster walking the streets of New York. The photographs balance between fiction and reality and are today regarded as legendary in film history.

Steve Schapiro (b. 1934 in Brooklyn) began taking photographs at the age of ten. Trained by the renowned photojournalist W Eugene Smith, Schapiro received commissions for magazines such as Life, Time, Rolling Stone, People and Newsweek. Schapiro has worked on over 200 feature films, including TheGodfather, Taxi Driver and Midnight Cowboy, and has exhibited widely internationally and now lives in Chicago.