Capturing The Front Lines Through The Lens 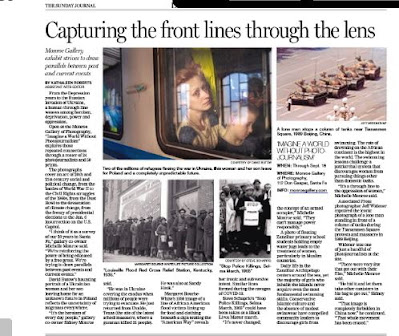 Two of the millions of refugees fleeing the war in Ukraine, this woman and her son leave for Poland and a completely unpredictable future. (Courtesy of David Butow)

From the Depression years to the Russian invasion of Ukraine, a human through line weaves among heroism, deprivation, power and oppression.

Open at the Monroe Gallery of Photography, “Imagine a World Without Photojournalism” explores those repeated connections through a roster of 24 photojournalists and 44 prints.

The photographs cover an arc of 20th and 21st century social and political change, from the battles of World War II to the Civil Rights struggles of the 1960s, from the Dust Bowl to the devastation of climate change, from the frenzy of presidential elections to the Jan. 6 insurrection on the U.S. Capitol.

“I think of it as a survey of our 20 years in Santa Fe,” gallery co-owner Michelle Monroe said. “We’re reinforcing the power of being educated by a free press. We’re trying to draw parallels between past events and current events.”

David Butow’s haunting portrait of a Ukrainian woman and her son leaving home for an unknown future in Poland reflects the uncertainty of migrants everywhere.

“He was in Ukraine covering the exodus when millions of people were trying to evacuate. He just returned from Uvalde, Texas (the site of the latest school massacre, where a gunman killed 21 people). He was also has covered the aftermath of other tragic school shootings.” 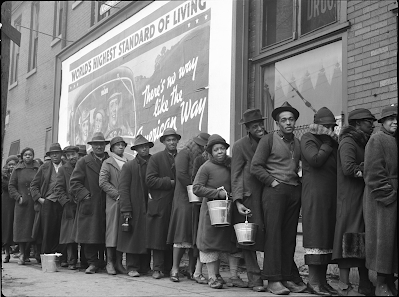 Margaret Bourke-White’s 1936 image of a line of African American flood victims lining up for food and clothing beneath a sign touting the “American Way” reveals her ironic and subversive intent. Similar lines formed during the ravages of COVID-19. 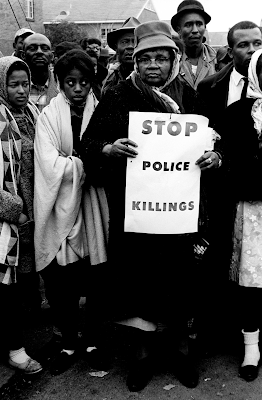 Daily life in the Zanzibar Archipelago centers around the sea, yet the majority of girls who inhabit the islands never acquire even the most fundamental swimming skills. Conservative Islamic culture and the absence of modest swimwear have compelled community leaders to discourage girls from swimming. The rate of drowning on the African continent is the highest in the world. The swimming lessons challenge a patriarchal system that discourages women from pursuing things other than domestic tasks.

“It’s a through line to the oppression of women,” Michelle Monroe said. 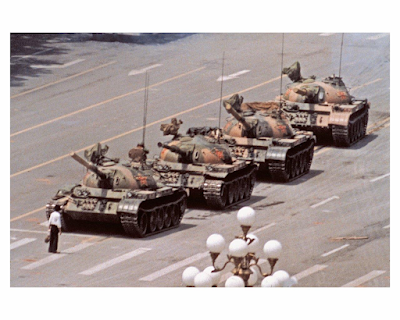 Associated Press photographer Jeff Widener captured the iconic photograph of a lone man standing in front of a column of tanks during the Tiananmen Square protests and massacre in 1989 Beijing.

Widener was one of just a handful of photojournalists at the site.

“There were very few that got out with their film,” Michelle Monroe said.

“He hid it and let them take other canisters in his bag to get out,” Sidney said.

“That image is completely forbidden in China now,” he continued. “That whole movement has been erased.”

‘Imagine a World Without Photojournalism’