Tony Vaccaro, who photographed World War II in Europe describes 6 of his photos that reveal the 'insanity of war' 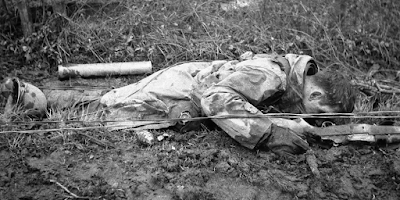 Michelantonio "Tony" Vaccaro wanted to serve his country with a camera during World War II, so he tried to join the US Army Signal Corps. But under Uncle Sam's rules, the 20-year-old draftee was too young for that branch.

So Vaccaro, the orphaned son of Italian immigrants, became a private first class in the 83rd Infantry Division. By June 1944, days after the first wave of 156,000 Allied troops descended on the beaches of Normandy, Vaccaro landed on Omaha Beach, where he saw row after row of dead soldiers in the sand.

Vaccaro was armed with an M1 rifle. He also brought along his personal camera: A relatively compact Argus C3 he'd purchased secondhand for $47.50 and had become fond of using as a high-school student in New York.

In addition to fighting on the front lines during the Battle of Normandy and the ensuing Allied advance, Vaccaro photographed what he was seeing. At night, he'd develop rolls of film, mixing chemicals in helmets borrowed from fellow soldiers. He'd hang the wet negatives on tree branches to dry and then carry them with him.

When he had enough to fill a package, he'd generally mail them home to his sisters in the US for safekeeping and to ensure the images would survive even if he did not. 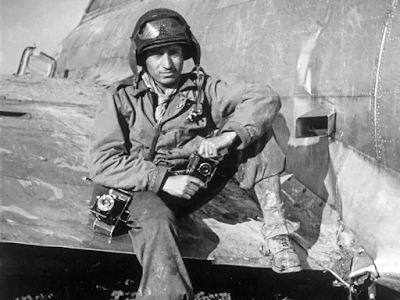 Along the way, he took photographs that few others — even the press and Signal Corps photographers — were in a position to take: a fellow soldier's last step before shrapnel tore through him, a jubilant kiss between a GI and a young French girl in a newly liberated town, and many stomach-churning portraits of ransacked corpses that still haunt him.

During 272 days at war, he captured thousands of photos. After the Allied victory, he felt sickened and debilitated by the devastation he saw. He wasn't ready to return to the US. And he never wanted to photograph armed conflict again.

He bought a Jeep and traveled with his camera, eventually photographing brighter moments, like the reconstruction of Europe and the beauty in the lives of famous artists and everyday people.

Vaccaro went on to make a name as a fashion and culture photographer. He traveled the world shooting for magazines like Look and Life and taking portraits of bigwigs including John F. Kennedy, Pablo Picasso, Frank Lloyd Wright, Georgia O'Keeffe, and many more.

A half-century would pass before Vaccaro began publishing the bulk of his surviving wartime photos. The surviving images have been shared widely, including in the 2016 HBO documentary "Underfire: The Untold Story of PFC. Tony Vaccaro," in which Vaccaro revisits the history that he had to break Army rules to chronicle. 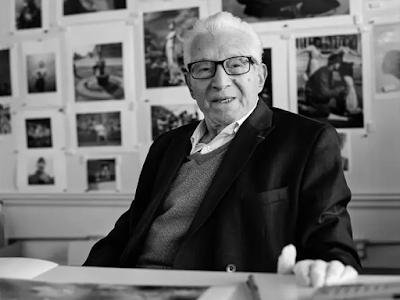 Vaccaro, now 98, survived a bout with COVID-19 last spring that put him in the hospital.

He continues roaming his neighborhood photographing everyday people and selling prints through Monroe Gallery of Photography. From his Queens, New York, studio more than seven decades after World War II, he closes his eyes and thinks of the brutality he documented as an infantryman.

"I see death," Vaccaro told Insider. "Death that should not happen."

Below, he describes six of his photos that he says capture "the insanity of war." 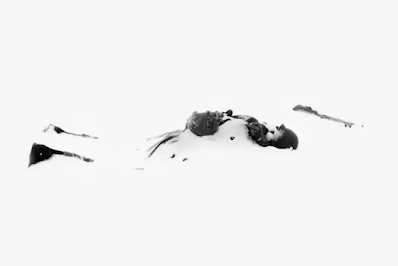 Vaccaro developed the roll containing this image while on leave in 1945. He remembers calling this photograph "Death In The Snow" at first, later deciding that "White Death" was a more "elegant" and fitting name to honor Pvt. Henry Tannenbaum's service and sacrifice. Tannenbaum was killed in action on January 11, 1945, during the Battle of the Bulge.

"When I first took this photo of a GI dead in the snow, I was not aware of who he was. What I did was to chip the snow away and look for his right arm, because in those days, [on] the right arm we carried our dog tags. He was Pvt. Henry Irving Tannenbaum. He was one of the soldiers who fought there, just like me. We fought in the snow. He died in the snow. He was my friend. I knew he had a son. … Many years later I got a call from his son." 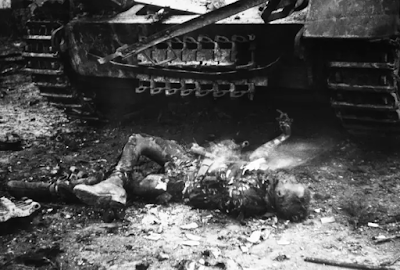 The burned body of a German tank driver, as seen through Vaccaro's lens.

"He's burning. This was frontline. You can smell him. We knocked out his German tank. We knocked it out, and he jumped out of there and fell dead in front of us. He was the pilot of this tank. Similar age [to me]. Here he's gone. … But [before the photograph] I heard him scream, 'Muter, muter.' He was calling for his mother."

"I took cover [by lying down next to him] and read his belt buckle: 'Gott mit uns.' … It means 'God is with us.' [Before the war] I had seen people that die and go to the church, and from church they go to the cemetery, like my father when I was four. This was a different death." 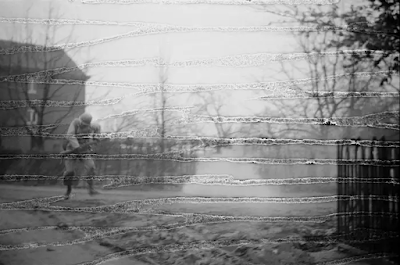 Vaccaro captured this image of a soldier he identifies as US Army Pvt. 1st Class Jack Rose of the 83rd Infantry Division, still upright, just after shrapnel from a mortar explosion severed his spine. The explosion, visible between Rose and the fence, threw Vaccaro back many feet. Rose, 23, was killed in action.

"That was Jack Rose. The last step. I was photographing him when this shell comes and explodes. He got killed there, in the village. … The shell could have come to me, too. I was lucky." 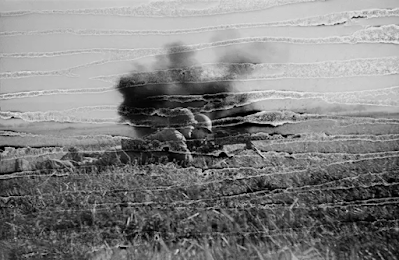 Vaccaro says the streaking on some of his war photos comes from the grueling conditions he was in — he didn't have time to properly process and store his work in combat — and possibly from water damage due to a flood in the office where the images were stored after the war.

"We were going forward when a shell comes in, in the back, and explodes. This was Rhineland Battle. I was in a hole as the mortar exploded. I raised my arm up with the camera in my hand above the hole to catch this picture. If that shell had come 20 yards over, I was with these two [soldiers seen in the picture], and my hole was here, and if the shell came [where the two soldiers were or where Vaccaro was], I wouldn't be here talking today." 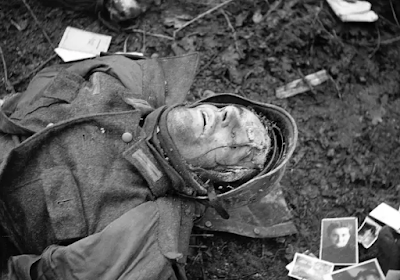 When Vaccaro encountered this dead German soldier, it appeared that other American soldiers had already looted his valuables.

"This is a man who we killed in frontline [fighting]. … That was it. The family back home. A dead German soldier with the pictures he was carrying of his family. … Of course I had photos of my family too. … It reminds me of the tragedy of mankind. He's not a German. He's a human being."

"We just must stop using 'I'm Italian. I'm French. I'm Spanish. I'm German.' That's what makes us enemies of each other. We're all humans. In Spain. In Germany. It's a terrible mistake that man has made. We are humans. And nothing else." 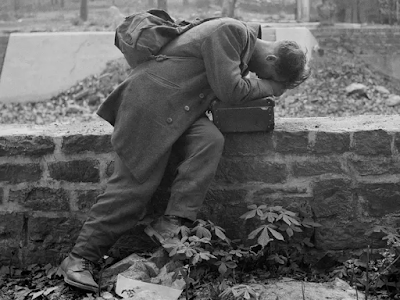 Vaccaro captured this image after the war, while photographing the reconstruction of Europe for Stars.

"This man came back [from being a prisoner of war in the US]. He's crying. … He gave up. You see where his family had been. The war is over. He came back, and his house had been destroyed. That's why I call this the defeated soldier. He was German. … Later I was told that he lived here."

"The point is, you see, on this Earth there is only one species, one church. Unfortunately we take this one species and create hundreds and thousands of churches, and each one is different from the next. And that's why man is not attaining peace yet."